Do you want to have a daily meditation practice, but you lack discipline and support?

The 5AM Meditation Club is here to lovingly support you in your daily meditation practice, while connecting you with an amazing community of like-minded people.

We meet daily via zoom at 5AM CST.  We do guided meditations by Dr Joe Dispenza.

Get in a state of positive anticipation, as you are about to unlock your powers of creation, abundance, love and whatever it is that you desire.

Sign up through the sign up link below and you will receive an automated email with the zoom meeting instructions.

See you bright and early!

Albina and Roger Rippy are yoga teachers, success coachers, authors, conscious community leaders and former yoga studio owners with over 40 years of collective yoga practice and over 26 years of collective teaching experience. They formerly owned YogaOne Studios, a community of 7 yoga studios in Houston, Texas and currently own and manage the Blue Sky Retreat Center, a historic mountain retreat center in Taos, New Mexico. They currently split their time between Austin, Texas and Taos, New Mexico and have recently returned from traveling the world for a year with their three children and a fluffy dog named, Dante. Their purpose is to help people live happy, healthy and inspired lives through yoga, meditation, self-inquiry, heathy eating and conscious living.

Roger and Albina have been leading RYT-200 hour beginner, RYT-300 hour advanced Yoga Teacher Trainings and yoga retreats all over the world since 2008. Roger and Albina co-founded and co-produced the Texas Yoga Conference from 2010-2013 in Houston, TX with peak attendance of 2000 yogis and currently co-curate the Taos Mountain Yoga Festival at Taos Ski Valley.

Roger and Albina have had the privilege to teach yoga at the US White House under Michelle Obama’s Let’s Move initiative and Yoga Journal Conference Moscow. 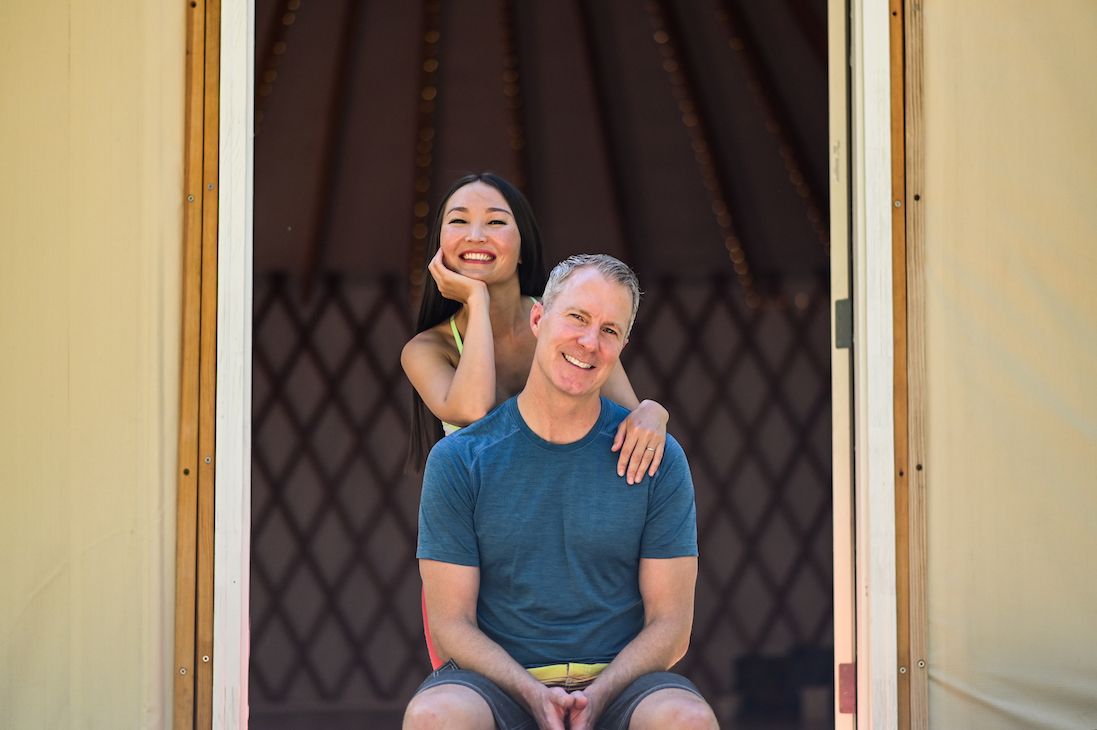